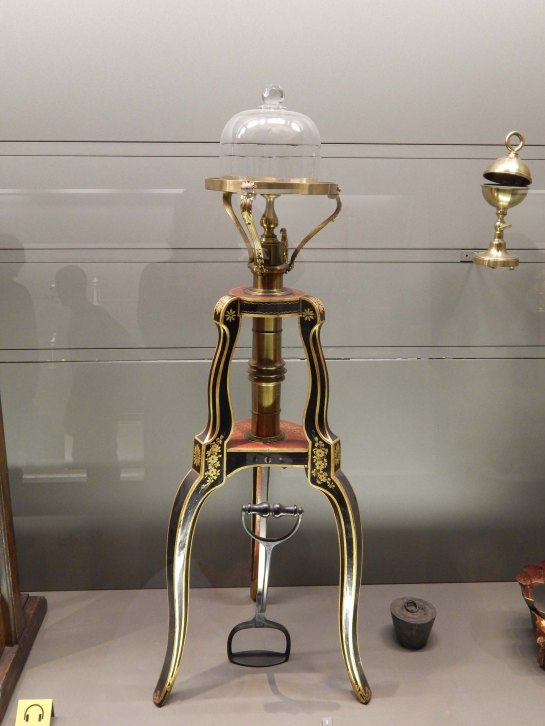 This Air Pump is a pneumatic machine of Abbé Nollet (one of the great personalities of 18th century experimental physics who gained a reputation for his spectacular public demonstrations on static electricity and his skills as a builder of scientific instruments) is exemplary tool of natural philosophy. Thanks to the vacuum created in the upper bell of the instrument, physicist’s show has an audience astounded, yet mysterious properties of the vacuum, ‘the energy of the nothingness’ will soon to be mastered. In England Robert Boyle was the first prominent scientist to perform controlled experiments and publish his work with details concerning procedure, apparatus and observations. Contrary to the scholastic notion that nature could not tolerate a vacuum, it was perfectly possible to produce one using the vacuum chamber or air pump that he had devised with the help of Robert Hooke. The great debate between Boyle and Thomas Hobbes that played out in the Royal Society in the 17th century set natural philosophy on its path as a fundamentally experimental enterprise. 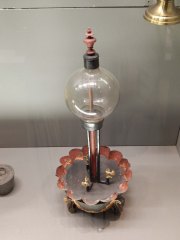 From left: Device for studying transmission of pressure in liquids, Intermittent fountain and Leyden jar in a vacuum flask.