This painting was made by sending digital file to the printer which printed on canvas and the file was black rectangle. However in the process of printing the unexpected happened as the canvas was folded in half in order to fit into the printer and then flipped and passed again. The process resulted in mis-registrations between two halves of the canvas (white line in the middle of the canvas) and further aberrations were created by the printer head clogging with ink and the canvas falling onto the studio floor. The beauty of this work is in its uncertainty and textured surface (from monochrome black rectangle) and delicacy that cannot be controlled or predicted from the original image created on a computer screen. 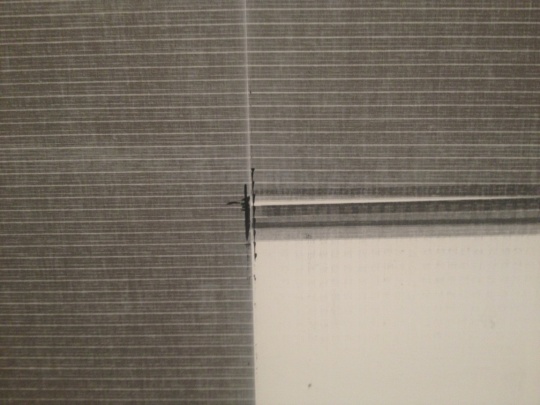