Star charting chronometer used by John Herchel at the Cape of Good Hope. He used this chronometer to time the passage of stars over his 20 foot reflector. 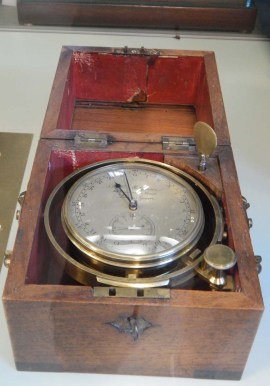 This chronometer was used on HMS Active at the battle of Jutland in 1916 in order to achieve highly accurate timekeeping in coordinating big fleets in the battle.

This chronometer  came from Queen Victoria’s yacht Victoria and Albert III brought into Observatory for safe keeping during the World War I.

In 1819 this chronometer went with Captain William Parry on his expedition in HMS Hecla to discover the North-West passage. 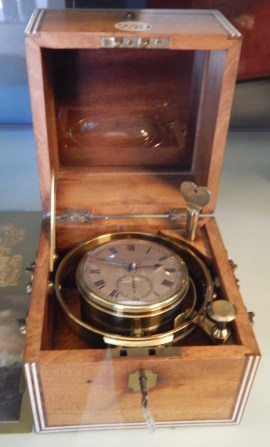