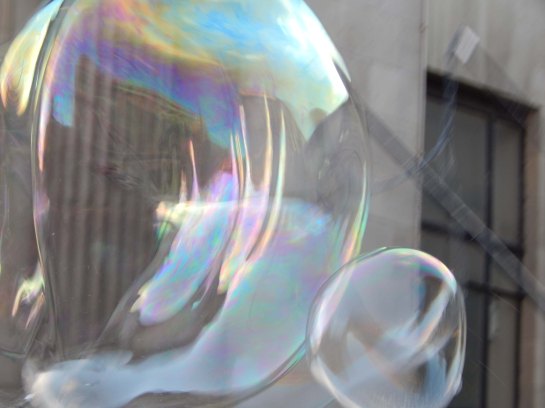 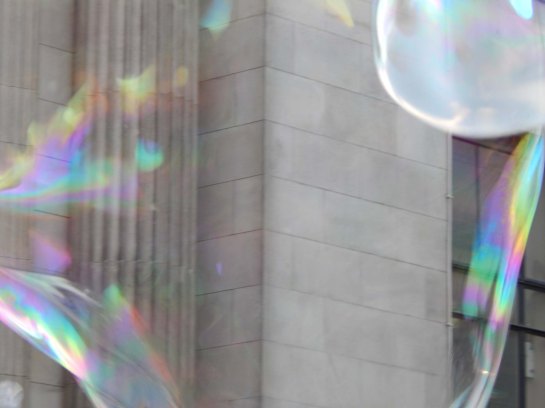 Soap bubbles were connected to Isaac Newton’s innovative theories on Optics. In his treatise on Optics Newton acknowledged that his own observations of soap bubbles contributed to the development of his theory on colours. Newton showed that different thicknesses of soap film reflect different colours. Soap film appears white at its thickest, black at its thinnest, and as it becomes thinner it shows a series of hues. Newton recorded by studying iridescent diaphanous surface for the complex succession of colours all the optical changes that occurred on the surface of the bubble.